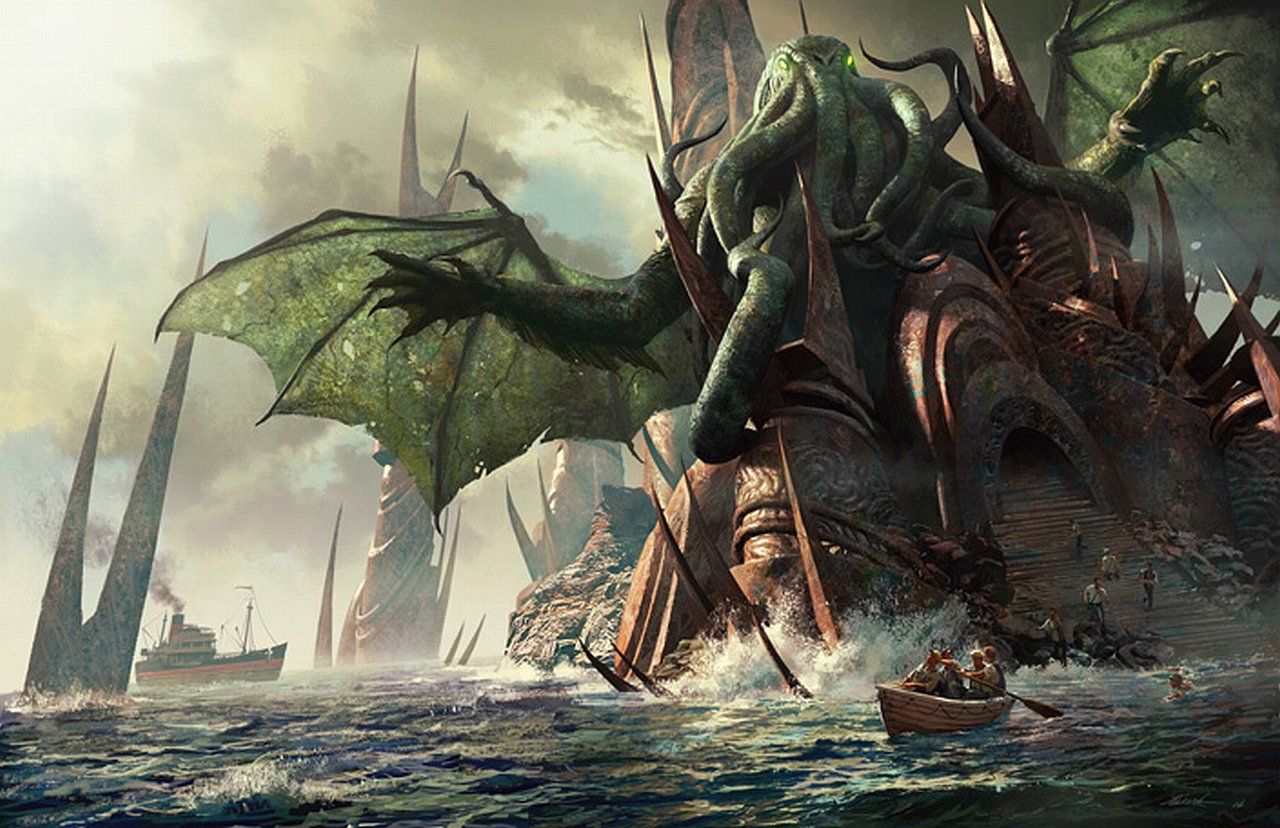 I read HP Lovecraft in my teens and early twenties. Like many of my friends, we all enjoyed a good scare and Lovecraft provided something primaeval in his mythos. Films such as The Evil Dead and Reanimator supported this stage of life, but were they really any good and true to the books?

Returning to the stories 20+ years on with talk of a movie that will ‘finally’ give us the Lovecraft movie we have all been waiting for (after a slew of B-movie efforts in the 80s and straight-to-DVD/web efforts more recently) I have to wonder if such a thing is even possible. Could we make a film that is true to the mythos, captures the Lovecraftian dread and scope, and is actually good?

I don’t think we can.

The reasons for this are rooted in our own needs and expectations as an audience, but the stories were written for an audience with a different set of needs. The disparity between the experiences of the readers of the early 20th century discovering what is now seen to be the origins of science fiction and horror and those of today are as far apart as Hell and Andromeda.

Our knowledge of the universe has expanded enormously, as has our development and understanding of technology. Lovecraft’s tales were set in a more primitive time where such discoveries were mere speculation. Even movies such as Prometheus owe some credit to Lovecraft – the motif of an alien race seeding humanity as an experiment ties in with the Mountains of Madness’ tenet that the birth of humanity was an accidental evolutionary leftover from the genetic synthesis of the shoggoths. Our evolution in both storytelling and knowledge offers myriad paths for versions of Lovecraft that on the surface may not appear ‘true’ but are more appropriate retellings of the stories for today’s audience.

Die-hard Lovecraft fans expect a film that is true to the book. I listened to the Mountains of Madness audiobook recently (and a number of others including the Call of Cthulhu and Colour Out of Space). They are told as a reportage of events (as Lovecraft’s stories are) rather than a developed story – the characters seldom have arcs and act solely as eyes through which we ‘see’ the events. Some of the stories are – to be honest – quite dull today because of this approach. There is no emotional connection with the characters, no desire to see them ‘succeed’ in whatever context that may be. For the story to ‘succeed’ today, all of this emotional flesh would need to be added to the story which requires a lot of artistic licenses to fill in the gaps.

The Mountains of Madness is one of the most detailed tales of the mythos and provides a framework from which we could develop a film, but it would need some reworking to bring it up-to-date and in-line with 21st century audiences 100 years on from when it was first penned, and to emotionally flesh out the narrative into an engaging, character-driven story which poses the question of how far we should go to balance a good film versus an appropriate adherence to the source material.

Against a current Hollywood backdrop of Kaiju, Jaegers, and all manner of alien invasion movies, something as tried and tested as “an expedition to a remote place” and an encounter with an ancient civilisation needs careful planning. On one level, you have a story that could easily have influenced The Thing (frozen outpost, lost entity) through to any one of the recent monster-from-another-dimension/world movies. The scope is vast – two ancient civilisations of other-worldly creatures warring for control of our planet, but now long-gone apart from a few who got left behind, juxtaposed with the infancy of man ill-equipped to deal with them in a remote land, cut off from resources that could help, with the revelation that man is a distant descendant of these forgotten races. What Lovecraft does manage to capture in the vast scope of the novel is a sense of civilisation among the aliens, and not just the horror we have been exposed to through other interpretations of his work.

Let’s hope del Toro can pull all the elements together and deliver a great film that is true to its roots, even if it’s not a straight transliteration of the book.

This website uses cookies to improve your experience while you navigate through the website. Out of these, the cookies that are categorized as necessary are stored on your browser as they are essential for the working of basic functionalities of the website. We also use third-party cookies that help us analyze and understand how you use this website. These cookies will be stored in your browser only with your consent. You also have the option to opt-out of these cookies. But opting out of some of these cookies may affect your browsing experience.
Necessary Always Enabled

Any cookies that may not be particularly necessary for the website to function and is used specifically to collect user personal data via analytics, ads, other embedded contents are termed as non-necessary cookies. It is mandatory to procure user consent prior to running these cookies on your website.