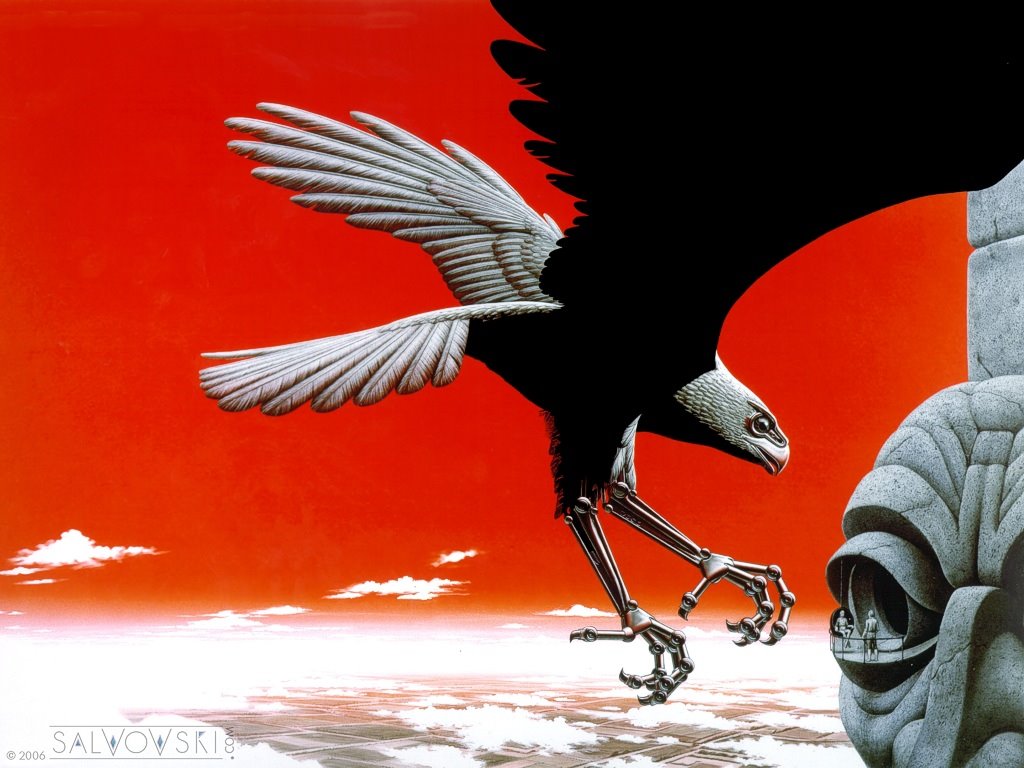 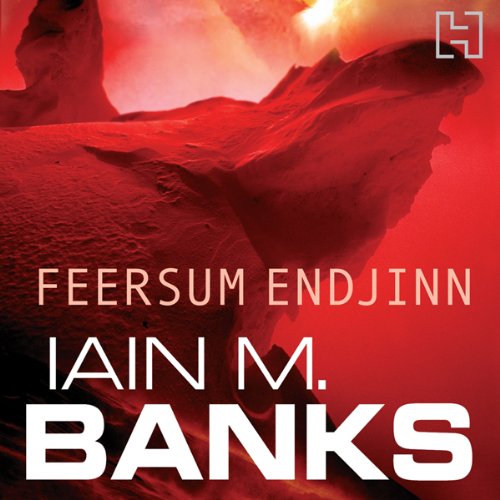 There are so many layers – allegories if you will – that it’s spoilers to go into too many details. The synopsis only scratches the surface of the details and ingenuity that abounds in this tightly written novel. Virtual reality, reincarnation, Hinduism, fairy tales, myths, legends, virus programs, reality, nanotech, the four horsemen, necromancy, aeons and microseconds – it’s all there woven together.

The book is set on a far-future Earth where the uploading of mindstates into a world-spanning computer network (known as “the data corpus”, “cryptosphere” or simply “crypt”) is commonplace, allowing the dead to be easily reincarnated (though by custom, only a limited number of reincarnations are allowed).

Humanity has lost much of its technological background, due partly to an exodus by much of the species, and partly to the fact that those who remained (or at least their rulers) are fighting against more advanced technology such as Artificial Intelligence.

Meanwhile, the solar system is drifting into an interstellar molecular cloud (“the Encroachment”), which will eventually dim the Sun’s light sufficiently to end life on Earth. The Diaspora (the long-departed segment of humanity) have left behind a device (the “Fearsome Engine” of the title) to deal with the problem; the book follows four characters who become involved in the attempt to activate it, with the narrative moving between the four (who do not meet until very near the end) in rotation.

Having been working through Dietz’s McKee trilogy recently, the depth and details of Banks’ standalone sci-fi Feersum Endjinn came as both a shock and an attention grabber. From the opening paragraphs, I was captivated by the story, partly because it was completely ‘out there’ and partly because it was such an elegantly realised far-future civilisation. Part of the time I felt like it was just some kind of induced trip, but it all hung together and the interwoven stories of our four principal characters all came together nicely.

I did read that one of the stories – told in the first person – was a difficult read in the novel as it was written in phonetics and SMS-like text. Fortunately, the audiobook converted this into a brilliant east-end of London dialect which made it all the more entertaining. Peter Kenny is an excellent narrator.

There are so many layers – allegories if you will – that it’s spoilers to go into too many details. The summary above only scratches the surface of the details and ingenuity that abound in this tightly written novel. Virtual reality, reincarnation, Hindu, fairy tales, myths, legends, virus programs, reality, nanotech, the four horsemen, necromancy, aeons and microseconds – it’s all there woven together. As Frank N Furter once said “A mental mind-fuck would be nice” and this felt very much like that on occasion … virtual worlds shifting, colliding, switching.

Unlike the Andromeda McKee trilogy where I sometimes lost interest when the pacing slowed down – and then went off and listened to music for a couple of weeks before getting back to the books – Feersum Endjinn held my attention and I had no compunction to drift off and listen to anything else. The more I think of it, the more I liken it to the four horsemen, an end-times tale and the four pillars wrapped into one (or are they the same anyway?) Irrespective of what you read into it, the story keeps a good pace, provides good entertainment as well as some taught drama, action and thrills along the way.

If there was only one thing I would say against this piece is that the conclusion all wrapped up quickly. It felt like the story was, and could, go one to new places but instead rested on the fact that the four had come together and so settled on wrapping up just so. You’ll have to read it (or listen) to see what I mean!