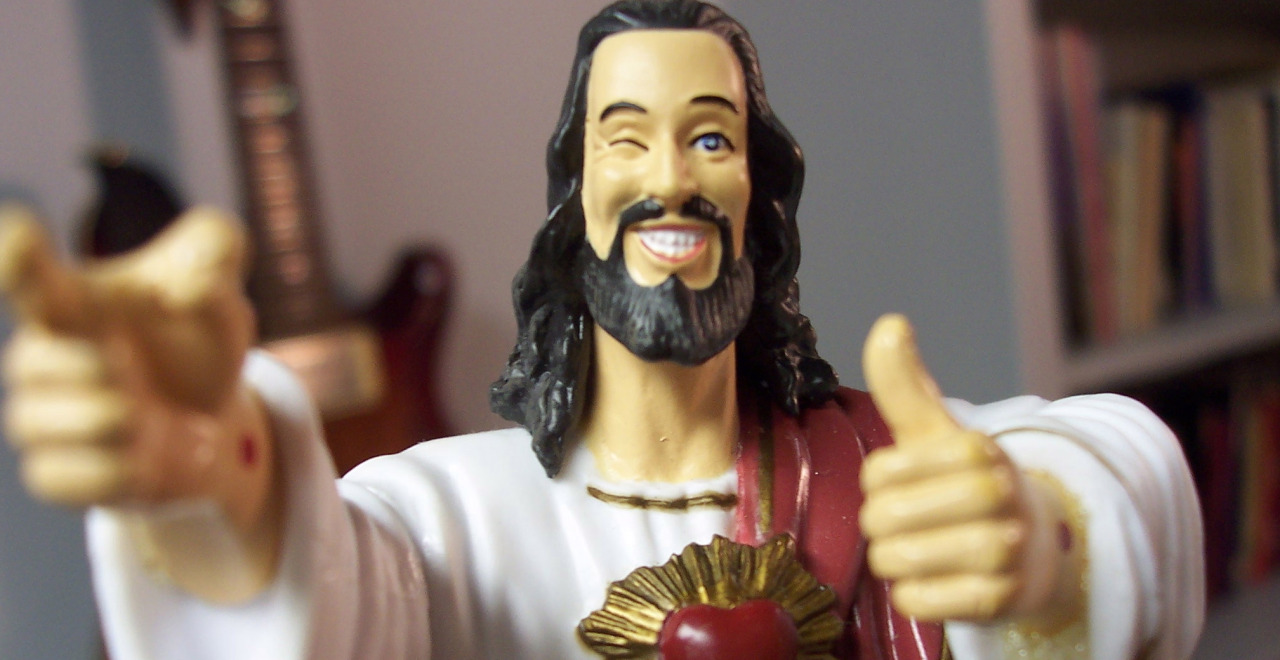 Religion is thought to be a form of Group III: Zoophaginae pandoravirus. The virus itself is thought to be benign, but for the existence of the satellite virus which exists in many, but not all, Homo Sapiens.

Current studies are investigating the theory that variations in the satellite family cause different emergence vectors for religion, i.e. religion exhibits different symptoms in different hosts and these are classified as different strains of religion. The earliest Pan Narrans created names for this in the absence of scientific study such as Christianity, Islam, Zoroastrianism, Hinduism, Confucianism, Mysticism, Buddhism, Judaism, or even Jediism (though some say that is going too far).

The pandoravirus or (more likely) the satellite may have arrived on space-borne debris during the holocene or earlier, possibly through events such as the creation of the Rio Cuarto craters. Viruses have long been known to affect the development of life on the planet and we are slowly understanding their role and effect on life, both physically and psychologically. It is possible that different satellite viruses arriving at different times could be the catalyst for the emergence of different strains of religion at different times.

Stage 0: Religion is benign in most cases and can often go undetected for many years. In the majority of cases it also exhibits no external symptoms – physical or psychological – and it is difficult to fully determine if the host is infected. There are also many known cases of natural immunity to the virus (which is termed ‘atheism‘) though some apparently immune hosts can suffer relapses or infection in later life. Stress appears to be a factor or catalyst in the development of religion in the host, and may in some way trigger or enable the reaction between the pandoravirus and satellite. Stage 0 hosts are not infectious and considered safe in the general population, notwithstanding external factors.

Stage 1: Hosts start to exhibit a form of suggestibility when infected by religion and are more prone to ovine-like behaviour. Most normal functions of hosts who exhibit stage 1 religion are unaffected and daily life proceeds as normal. However, there is a compulsion to gather with similarly infected hosts and/or perform certain rituals. Stage 1 religion triggers these variants of obsessive-compulsive disorder (OCD). Stage 1 hosts are not usually infectious, though prolonged exposure (in the order of months) to such hosts has been known to allow the virus to be transmitted.

Stage 2: The OCD becomes more advanced and hosts exhibiting this stage of the virus are considered infectious. They are compelled to intentionally seek out uninfected hosts and are able to trigger a transition from stage 0 to stage 1 of the disease. This transition can also occur when the infected host is in the presence of different strains who are at either stage 1 or 2.

Furthermore, when different stage 2 strains come into contact with each other, this can trigger stage 4 episodes which may be acute or chronic. It is recommended that people exhibiting signs of stage 2 infection avoid interaction with other sufferers infected with other strains of the virus.

Stage 2 can be countered with large doses of reality or separation from the stage 2 sufferer. This is not specifically a cure but may allow the host to remain in remission for long periods or even indefinitely.

Stage 3: Stage 3 is a rare development of religion that is known to cause hallucinations and the host is recommended not to drive or operate heavy machinery when so affected. These hallucinations can be sporadic or frequent. Stage 3 sufferers are also prone to more advanced OCD including the need to horde paraphernalia associated with their particular strain.

If we could unite under one god, does it matter which?

Early stage 3 is difficult to distinguish from stage 2 as the advanced symptoms are usually only found in isolation. Stage 3 is infectious and is known to have the same effect as exposure to stage 2 sufferers. In advanced stage 3 cases, media dissemination of ‘newsworthy’ events can lead to infection without the need for direct contact with the infected.

Stage 4: Stage 4 is the most dangerous and progressive form of the disease. In the small number of cases where stage 4 is reached, religion affects reasoning and leads to irrational and violent behaviour. Stage 4 sufferers are called ‘extremists’ by those outside the stage 4 group, even by those affected by the same strain.

It is rare that stage 4 sufferers survive (either through self-harm or becoming so violent and irrational that a self-preservation response is triggered in those around them) and hosts infected at this level should seek immediate medical attention and quarantine.

If caught in time, the effects of stage 4 may be reversed and the sufferer may experience remission from the disease, though may continue to exhibit stage 1 or 2 symptoms. Any stage 4 sufferer who appears clear of the disease should be observed at regular intervals in case of relapse. Even short-term contact with a stage 4 sufferer can lead to immediate stage 1 or 2 infection, and in a small number of cases a direct transfer of stage 4 of the disease. Regrettably, due to the nature of stage 4 infections, those who manage to avoid infection by these hosts are often seen as ‘unfit’ or ‘unsuitable’ and are culled by the infected.

There is no known treatment for religion.

It is hoped that current research can identify the satellite or satellites that trigger the infection and, once known, would result in a quantum conscious evolution in the species through the creation of an antigen to block the infection.

Without a cure for religion and the harmful interaction between the different strains, the future is bleak.

One day, everybody will realise just how ridiculous dogma was.

Religion can mutate under academic stress into a variant called ‘politics’. Politics is also known to have multiple strains and many sufferers of this mutation are often in denial that they are sick. Politics and religion can co-exist in a single host which creates a highly unstable cocktail of symptoms. The same is true for wider groups infected by conflicting strains of both politics and religion, though harder to predict.