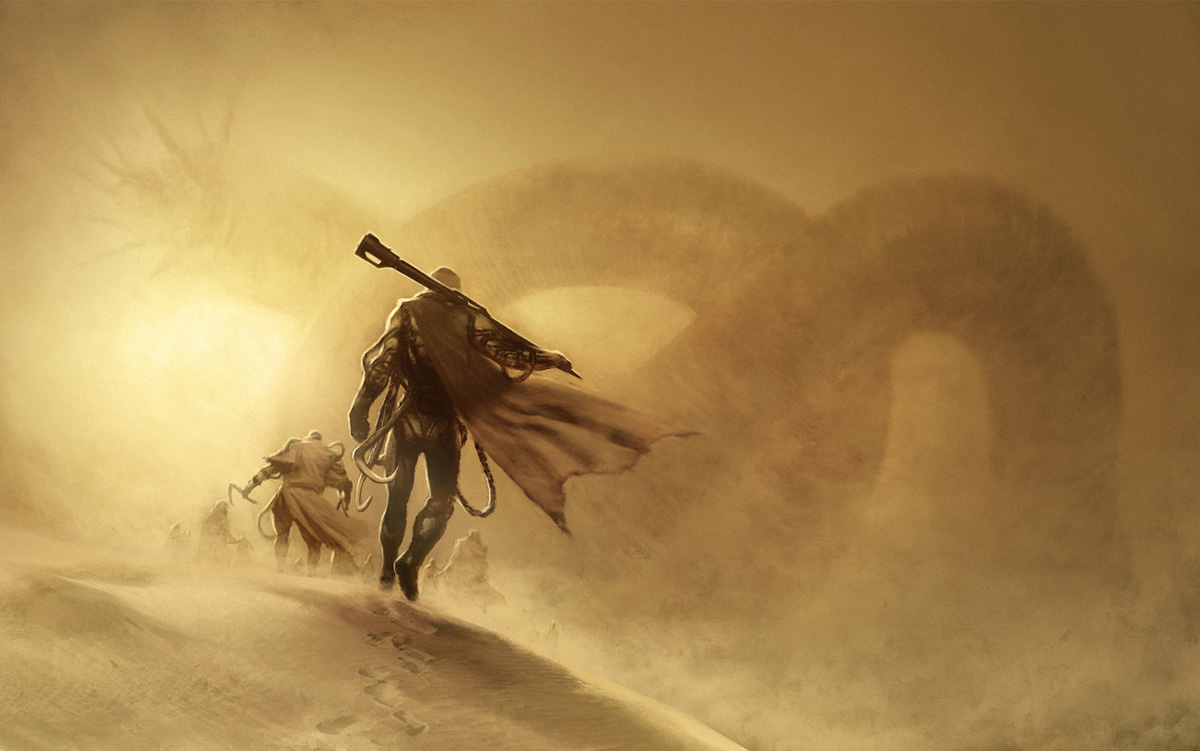 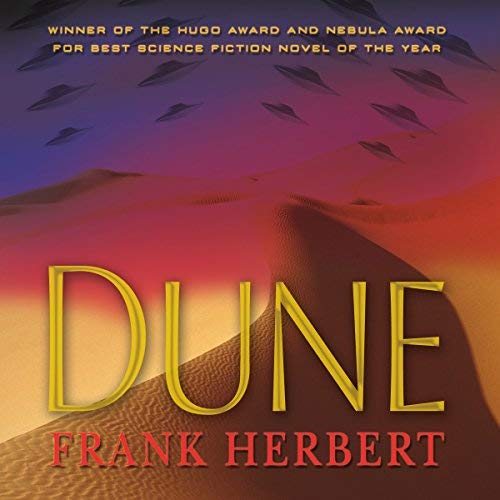 I enjoyed this book but it was hard going and laborious in places. Having seen the original film, it was clear to see how close the two were in many cases. My only problem with this audiobook was that it switched from being narrated by a single person to being narrated by an ensemble cast. I would agree with the critics in its depth and integration of mysticism, environmentalism and politics, but not without issue.

Set on the desert planet Arrakis, Dune is the story of the boy Paul Atreides, who would become the mysterious man known as Maud’dib. He would avenge the traitorous plot against his noble family and would bring to fruition humankind’s most ancient and unattainable dream.

According to the media this is a stunning blend of adventure and mysticism, environmentalism and politics, Dune won the first Nebula Award, shared the Hugo Award, and formed the basis of what is undoubtedly the grandest epic in science fiction.

I enjoyed this book but it was hard going and laborious in places. Having seen the original film (Dune, David Lynch, 1984), it was clear to see how close the two were in many cases, with dialogue lifted word-for-word.

My main problem with this audiobook was that it switched from being narrated by a single person to being narrated by an ensemble cast. This was confusing as the same character was voiced by two people at different times, and switched back and forth between successive parts of the book, or in some cases mid-chapter. The background sound-effects seemed a little pointless and added pauses to the story that didn’t often fit with the narrative; most times it was essentially wind-noise. For me, an audiobook should stick to the spoken word and not try to be a production akin to a radio broadcast. This was evidenced by the fact that I got fed up with it about 6 hours to go and went off to listen to the first book in the Mistborn series (The Final Empire) at only 24 hours long. I did come back as I couldn’t leave the book unfinished, despite the shortcomings with the audio.

The book is thought-provoking about human, political, geological and cosmological events and is clearly well researched and built around the duality of the human condition. I would agree with the critics in its depth and integration of mysticism, environmentalism and politics but the audio can be ponderous at times as the narrator labours some of the sentences which slowed the flow of an otherwise excellent story in this universe.

The allegory with the reliance on oil can be seen, and 50 years on, this is even more obvious. The writing style was overly indulgent on inner dialogue, thought processes of the characters, and tended to waffle on about relatively minor points. The plot structure was fairly linear and, the elements I did find interesting – specifically the tech and the guild – were underused or underdeveloped. The balance focused more on the cerebral and the interplay between the houses – the feuding – though spent little time on any action pieces which occurred rarely. They were over before they had really begun. OK, this story is about the fight for Arrakis so some of these elements could be seen as superficial, but some time spent on fleshing out a small number of key elements would have made this a better novel.

This is the second ‘classic sci-fi’ piece I have read (the first being Gateway by Frederik Pohl) and – to generalise based on a set of 2 – I find them hard going at times. Both pieces are dated (50 & 40 years old respectively) so it’s easy to see that what people expected of fiction in the past was different from what we expect today. I would recommend reading at least a handful of the ‘classics’ to compare the styles and I will get round to reading some in the future.