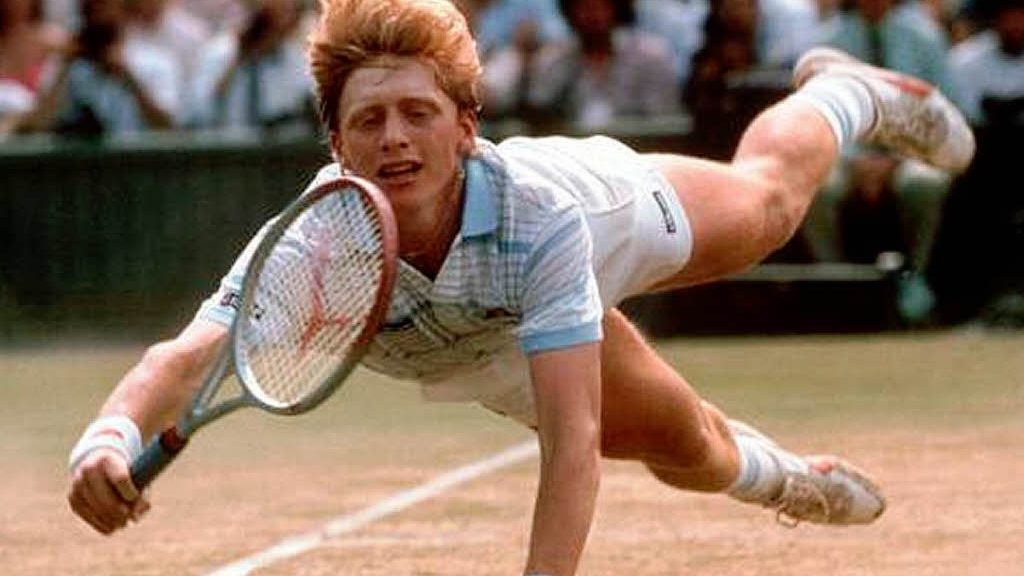 To define it simply, Gamesmanship is “The Art of Winning Games without actually cheating.” But shouldn’t winning naturally follow experience, practice and determination? Quite often, but the lesser player can still win if he employs a little tactical Gamesmanship throughout the match. So many books have been written on the subject of games and the tactics of play, but so few have been written on the art of winning.

Where did Gamesmanship originate? It’s a little hazy, but out of the annals of the late twenties and early thirties Stephen Potter started making notes and developing strategies, and in 1947, eventually published them in “The Art of Gamesmanship”.

OK, so it’s a little dated, and the vernacular used is old-fashioned, but it has some useful tidbits of stratagem buried in its folded leaves; let’s look at an example over at the tennis club …

“In one match we found ourselves opposite a couple of particularly tall and athletic young men from University College. We will call them Smith and Brown. The knock-up showed that, so far as play was concerned, Joad (another acknowledged gamesman) and I (Potter), playing for Birkbeck, had no chance. UC won the toss. It was Smith’s service, and he cracked down a cannonball to Joad which moved so fast that Joad, while making some effort to suggest by his attitude that he had thought the ball was going to be a fault, nevertheless was unable to get near with his racket, which he did not even attempt to move. Score: fifteen-love. Service to me. I had time to gauge the speed of the service, and the next one did, in fact, graze the edge of my racket-frame. Thirty-love. Now Smith was serving again to Joad – who this time, as the ball came straight towards him, was able, by grasping the racket firmly with both hands, to receive the ball on the strings, whereupon the ball shot back to the other side and volleyed into the stop-netting near the ground behind Brown’s feet.

Now here comes the moment on which not only the match but so much of the future of British sport was to turn. Score: forty-love. Smith at S1 is about to cross over to serve to me (at P). When Smith gets a point (K) not less than one foot and not more than two feet beyond the centre of the court (I know now what I only felt then – that timing is everything in this gambit), Joad (standing at J2) called across the net, in an even tone:

“Kindly say clearly, please, whether the ball was in or out.”

Crude to our ears, perhaps. A Stone-Age implement. But beautifully accurate gamesmanship for 1931 (yes 1931 – Ed). For the reader must realise that these two young men were both in the highest degree charming, well-mannered gentlemen, perfect in their sportsmanship and behaviour. Smith (at point K) stopped dead.

SMITH: I’m so sorry – I thought it was out (remember that the ball had hit the back netting twelve feet behind him before touching the ground.) But what did you think Brown?

BROWN: I thought it was out – but do let’s have it again.

JOAD: No, I don’t want to have it again. I only want you to say clearly, if you will, whether the ball is in or out.

There is nothing more off-putting to some players than a slight suggestion that their etiquette or sportsmanship is in question. How well we know this fact, yet how often we forget to make use of it. Smith sent a double fault to me, and another double-fault to Joad. He did not get another ace service till halfway through the third set of the match which, incidentally, we won.

That night I thought hard and long. Could not this simple gambit of Joad’s be extended to include other aspects of the game – to include all games? For me, it was the birth of gamesmanship.

Work to Play … Play to Win

I remember back to my time on a paintball team: “Work to play, play to win” was our motto and we employed some distinct gamesmanship: we wore black tops instead of the usual camouflage that everyone else wore. We even had our shirts marked with our insignia so we looked like a well-honed team (specifically clothesmanship according to Potter’s little handbook). Our main tactic consisted of sending a small squad boldly along main thoroughfares as if there was no threat. This worked, fortunately, for none of us was experienced paintballers in the early days, and the opposition, even the good teams, were a little off-balanced by it. One-nil to our squad.