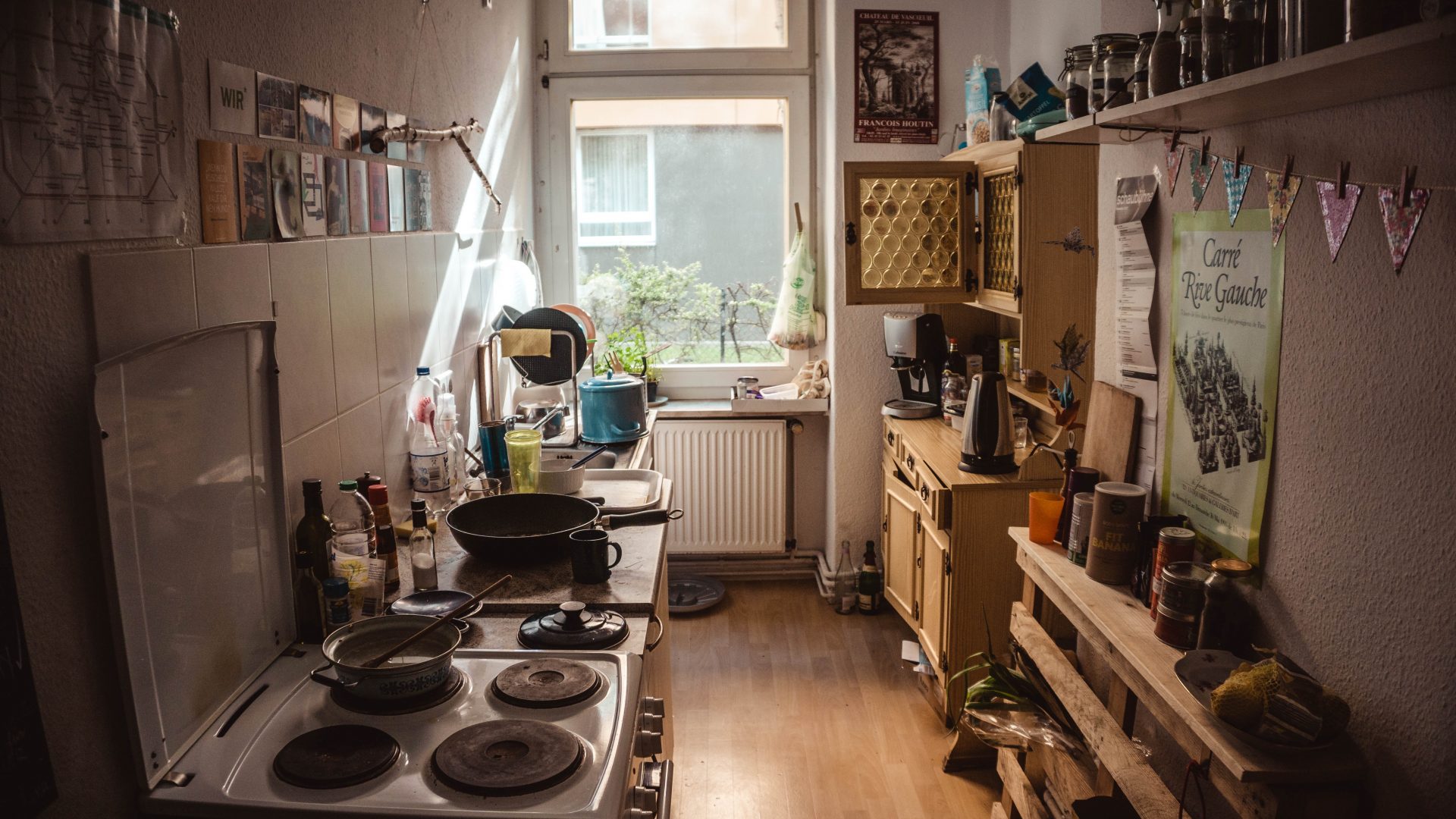 “Friedrichstrasse tomorrow, Rex. Hope there aren’t any complications. What do you think?” John slowly cut a strip from the steak he was preparing, sensing each sinew sever through his skilled fingers. He glanced at the u-bahn map on the wall. “Two stops.”

He looked down at his faithful pit-bull, tongue lolling out of his salivating mouth, and sniffed. “You need a bath.” He flicked a cut of steak with the knife. Rex caught and swallowed it in one movement.

John splashed a little oil into the hot pan from the ageing bottle next to the stove, quickly filling the tiny, cluttered kitchen with stifling vapour. He reached and pulled open the window, knocking a small box.

A glass jar broke and honey oozed onto the floor.

John tossed the steak into the pan and cracked some black pepper over the browning meat. He set the vegetables to a simmer.

Rex perked up, and with a low growl looked at the door.

The short man in a balaclava looked stunned. He reached inside his black cargo jacket, but John lunged slamming him back against the wall. He felt the assailant’s hot breath against his neck and pulled him back into the kitchen, kicking the door closed, then twisted and slammed the man’s covered head into the simmering vegetables. A bubbling scream erupted. He lifted his head and whipped off the steaming balaclava.

John flicked Marcus’ legs from underneath him effortlessly and slammed his head into the broken honey pot. His neck popped and the body slumped, motionless.

“Accidents happen all the time in the kitchen,” he smirked turning up the heat on the steak pan. “C’mon Rex, we’ll eat out.”