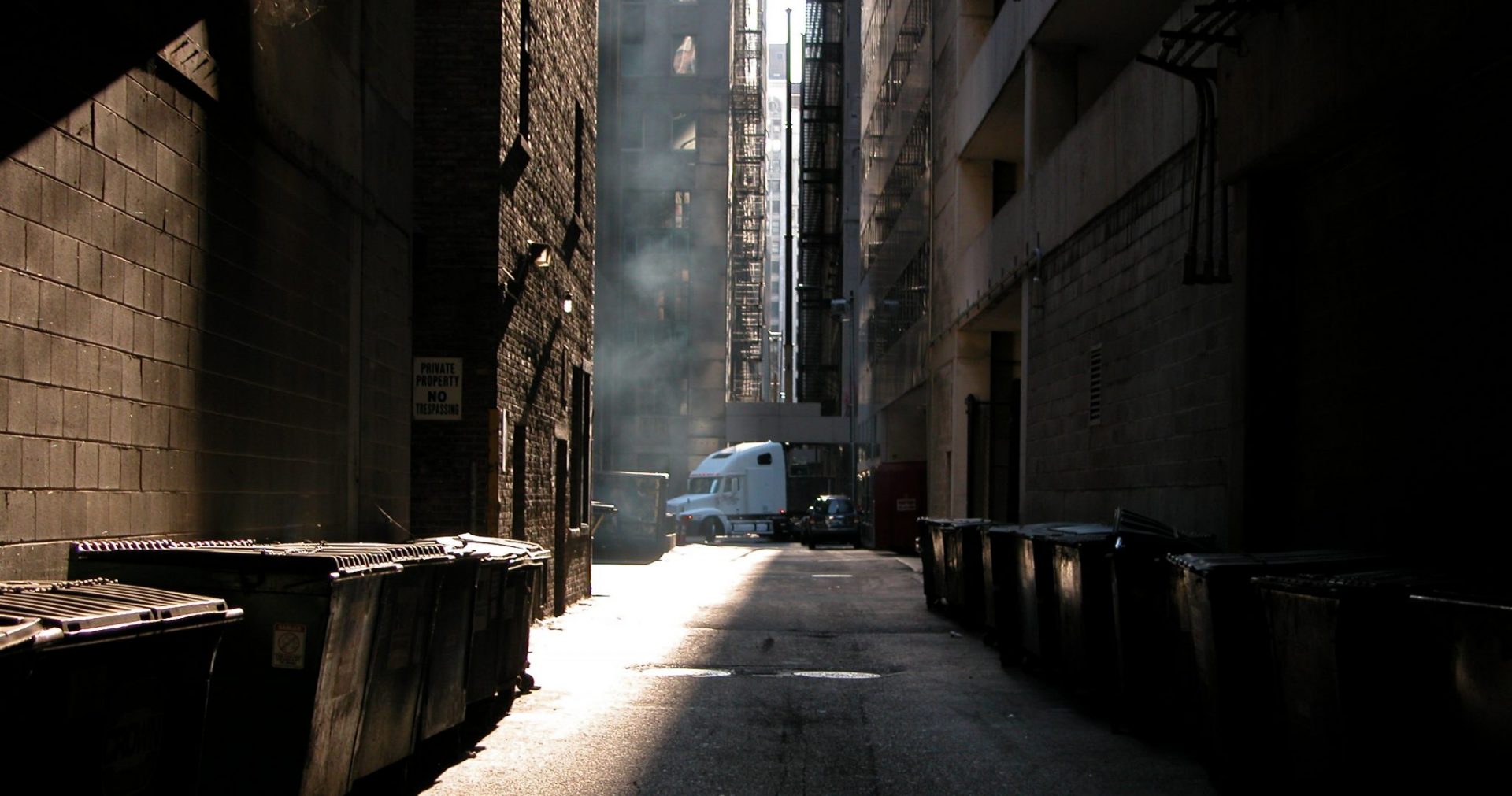 Carlos is given a life-or-death task by his boss and while pondering the gravity of it, he is distracted by a dog that wanders into a derelict boxing gym. Driven by compassion, he seeks to rescue the dog and confronts his own demons, making a choice between good and evil.

Carlos had been late and Mike was very unhappy. The meeting had gone badly.

Carlos had been left alone in the deserted street next to Goodwin’s, the derelict boxing club which had closed years ago after one of the boxers died. He held the sachet of crystal meth that Mike had insisted he sell by tomorrow “or else” and looked up at the moon in the clear autumn sky for inspiration while the ever-busy police sirens chorused in the distance. He put it inside his quarter-length black leather jacket and brushed his hand through his short jet black hair.

Suddenly, the old neon sign above the door flickered and sparked, highlighting the pock marks in his face.

A golden retriever stood up from its silent vigil and went over to the gym’s door. Hesitantly, it nosed it ajar, looked back at Carlos then weaved inside. He realised the dog had been there all along, observing patiently.

The dog barked from inside.

Touching the gold cross hanging round his neck, he cautiously approached the doorway and hissed into the darkness. “Hey, puppy! Come out, it’s not safe in there.”

Tentatively, he tried to push the jammed door open. He poked his head through and called out again.

Is all he could see inside were shadows and silhouettes. Reluctantly, he forced himself through. He took out his phone, flicked on its light and crossed the damp, empty foyer. The dank air was punctuated only with the smell of old sweat and urine from vagrants long departed. The counter was just a shell, its outer chipboard panels slowly decaying on the chequer-tiled floor. A brown rat bolted across his beam. He froze momentarily, then continued towards the changing rooms.

He touched the old wooden door inquisitively. It creaked then crashed to the floor. He recoiled instinctively, but took a deep breath and pressed on. He stole between the rusting metal stands glancing at the neglected lockers on the back wall, then noticed a strong light through the opaque glass in the doors leading to the main training room.

Edging nervously closer he put his hand on the right-hand door, held his breath and opened the door slightly. Peering through, he saw the retriever sitting near the dilapidated central ring as if watching something. The ring was empty yet lit by four fluorescent ceiling lights. He could clearly see their tubes missing, hanging or broken. He touched his cross again. Sweat beaded on his forehead.

The dog looked round at him and wagged his tail, turning back to watch the ring.

Carlos then noticed the pugilists as if they had been there all along. One Hispanic like him, one Caucasian like Mike. He gaped, dumbfounded.

The Hispanic man advanced strongly, and the Caucasian was forced back to the ropes but feinted with his left glove. He brought his right glove across and downright flush on the Hispanic’s jaw. The Hispanic fell backward slowly, hit the canvas with the seat of his pants, then the small of his back, his shoulders and then his head. It played like slow motion.

Carlos heard a crowd erupt but the room was empty. His head spun.

The Caucasian stood over the fallen man, waving his arms yelling, “Get up! Get up! I want you to fight! Don’t just lay there, old man!”

The man struggled to rise, faltered, then slumped back onto the canvas motionless.

“That was me Carlos, eight years ago.”

A soft-spoken, gravelly voice sounded in his left ear. He spun, flattening himself on the wall, looking around in panic. His phone cartwheeled into a dark corner of the locker room. He panted heavily, pressing back harder. His lungs burned.

There was nobody there.

“I had it all,” the voice continued calmly off to Carlos’ right, “physique, great prospects, a good woman. But I lived to fight. And that broke me, destroyed me. Literally in the end.”

Carlos edged towards his phone still trying to determine the source of the voice.

He froze, not moving in fear of what he might see.

“At least, that powder in your pocket did.”

Carlos felt a warmth spread between his legs. “Madre de Dios,” he sobbed. He closed his eyes and waved one hand maniacally in front of him. “Get away! Away!” He wailed, sinking as his legs collapsed.

He heard two footsteps then a bench creaked. His heart was pounding.

“Carlos,” the man continued smoothly, “I used to take drugs, I had to for my condition. But one day I met Mike after a late session at the gym and he convinced me to supplement my prescription with,” he paused then almost spat the next word, “that stuff in your pocket. It had the desired effect initially. I won more bouts, but my moods swung wilder than my fists. My girl left me, my job left me. I was really angry that night and Sam’s blow was enough to ignite the cocktail and my heart just stopped.”

Whoever was speaking stood up. Involuntarily, Carlos looked up. A kind, slightly drawn face looked down at him.

“You can choose. You can make more like me as Mike does every day, or,” he paused, “not. Think it over.”

The man turned and walked through the swing doors. As they swung back the dog walked through and sidled up to Carlos, obeisantly. Carlos reached out to it and it sat down, leaning against him.

After a few minutes in silence he took out the pouch of crystal meth, inspected it and then scattered the grains across the floor. The dog sniffed toward it then glanced up at him. Carlos stood up, unsteady, and retrieved his phone.

Outside the sign flickered once more, but only a few letters lit up.